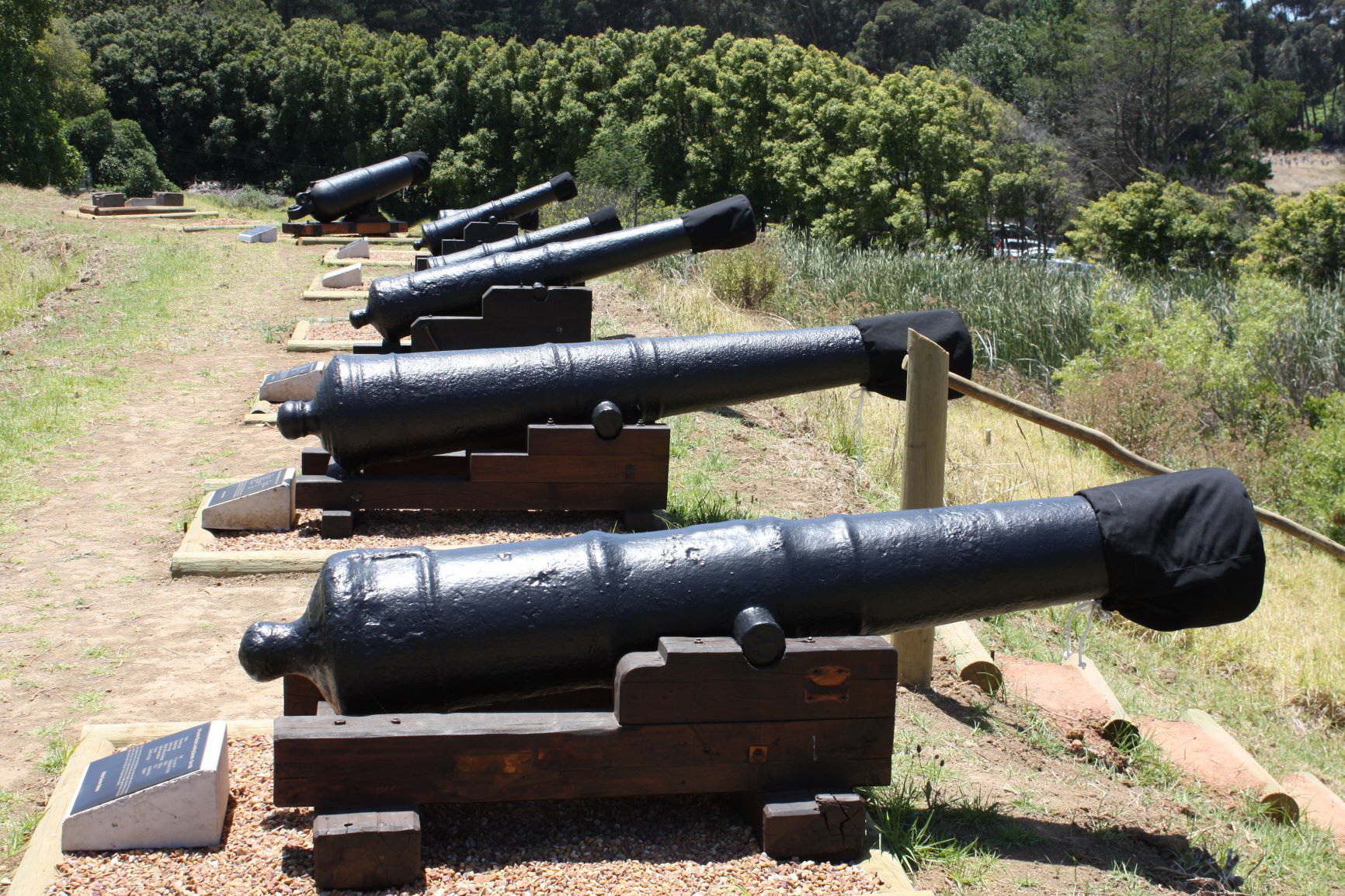 Establishing Nitida Cannon Station
During October 2018 we started preparing the dam wall for the positioning of the various cannon. After a lot of backbreaking work done by the Team supported by workers from Nitida Wine Farm, we were ready by end of October to lift the cannon and carriages on to the dam wall. 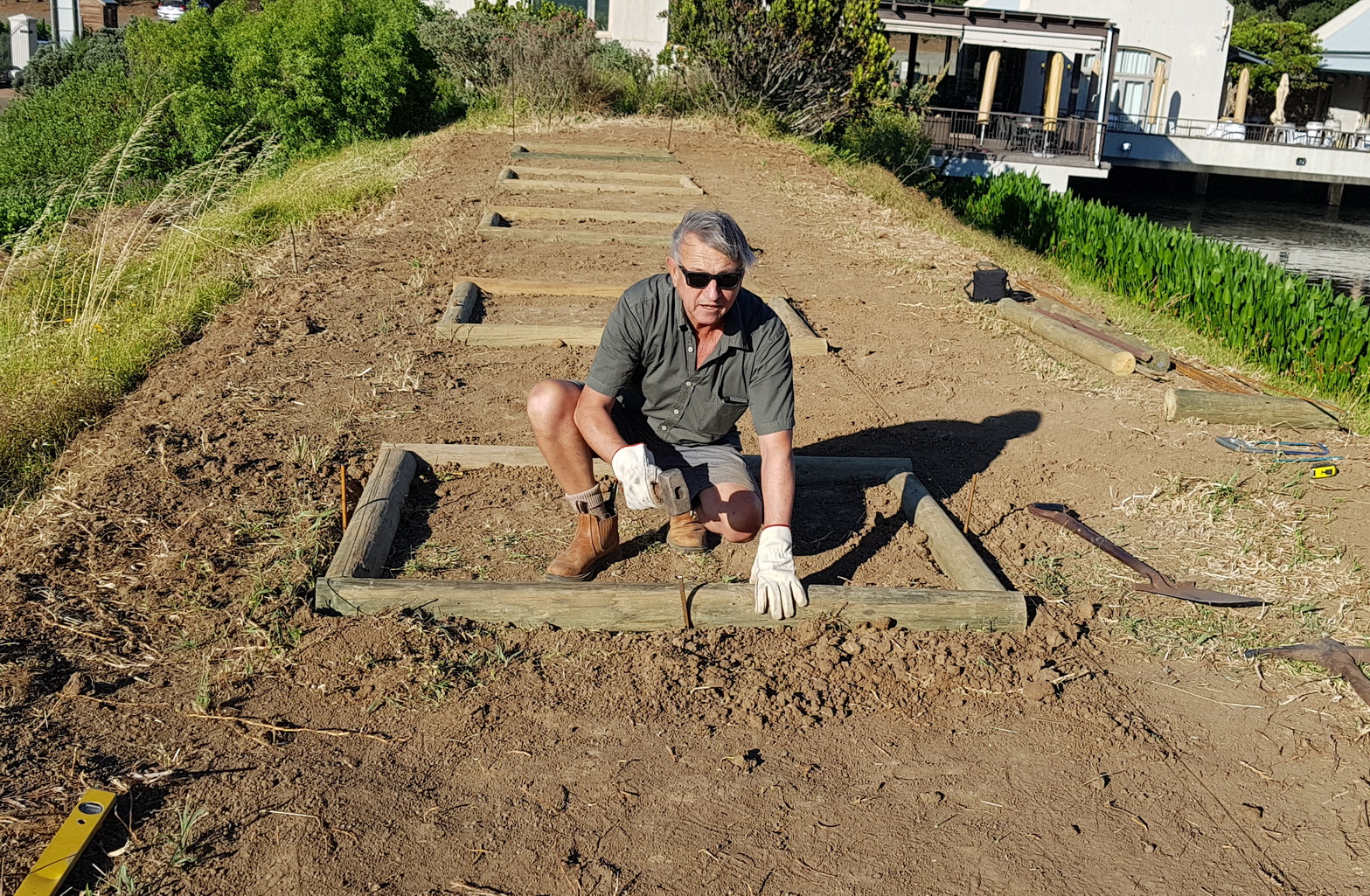 A very generous donation from Bernhard Veller the owner of Nitida Wine Farm sponsored the move of the cannon and carriages to below the dam wall and also the purchasing of a carriage for the 8 pdr SBML cannon.

On Friday 30 November 2018 a huge 50t crane sponsored by Target Cranes and Nitida Wine Farm arrived next to the dam wall. 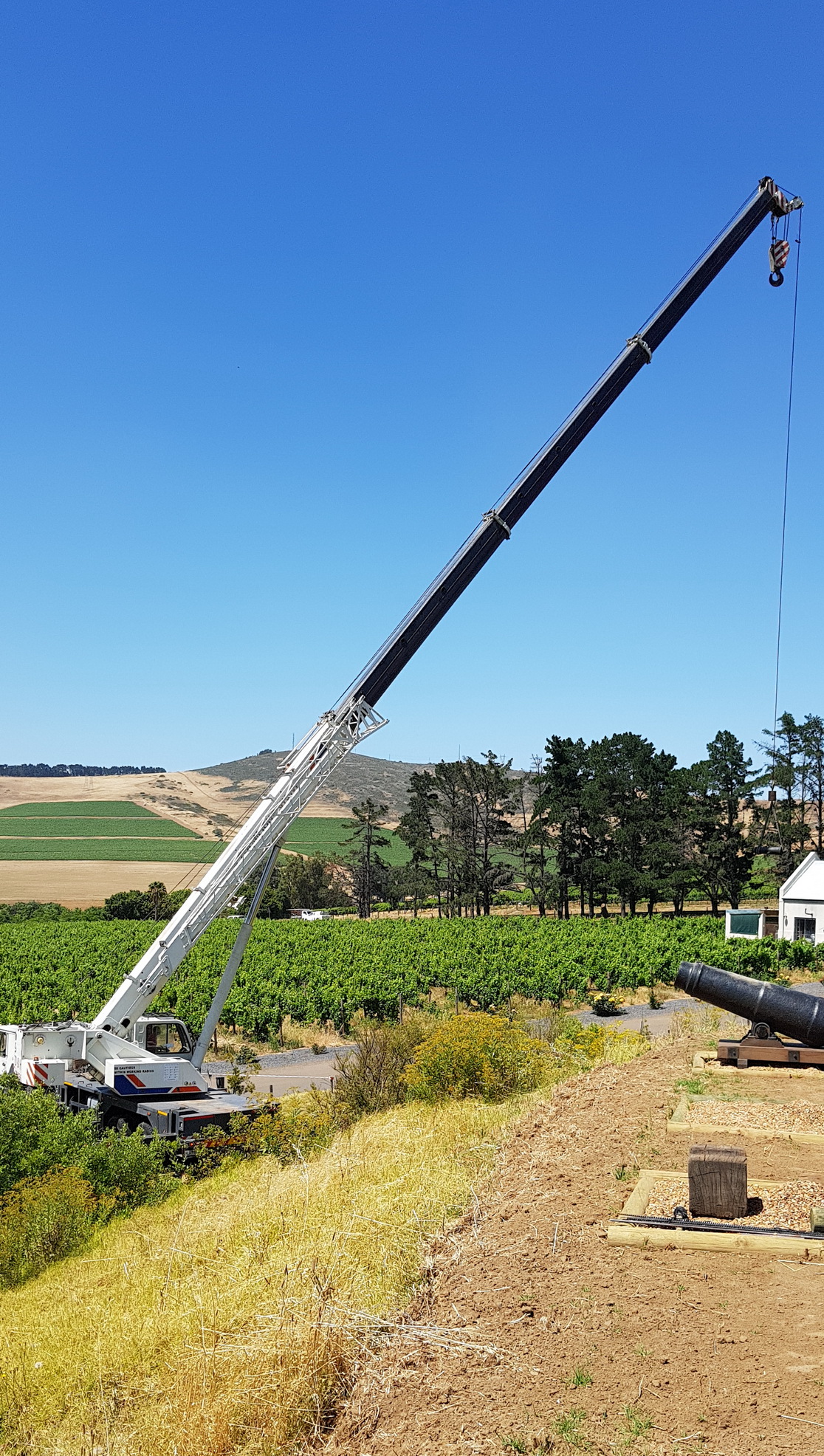 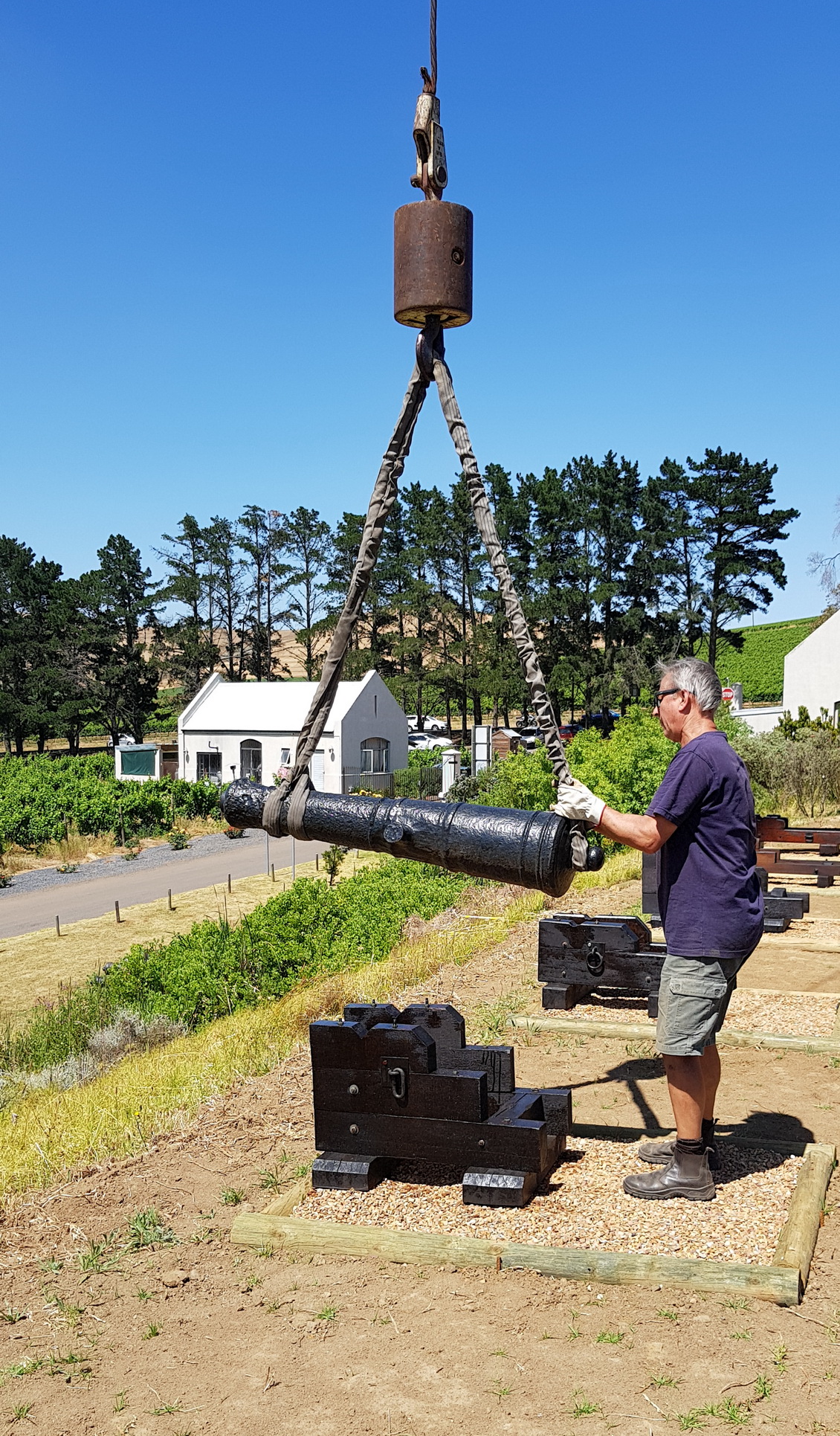 It did not take long until all 7 cannon and carriages were lifted in to position on the dam wall. A few days later members of the team began treating the carriages with linseed oil and each of the cannon barrels with one coat of rust converter, primer and black top coat. Early December 2018 muzzle covers for each of the seven cannon were sponsored by AA Shades. Technical information plaques for each of the cannon were designed, manufactured and mounted on to concrete blocks and placed behind each cannon. Later that week members of the Team with help from a friend of Nitida Cannon Station started fitting retaining poles at the front of the dam wall, as well as individual steps in front of some of the cannon, as the loading of these cannon will be done whilst standing on the step. 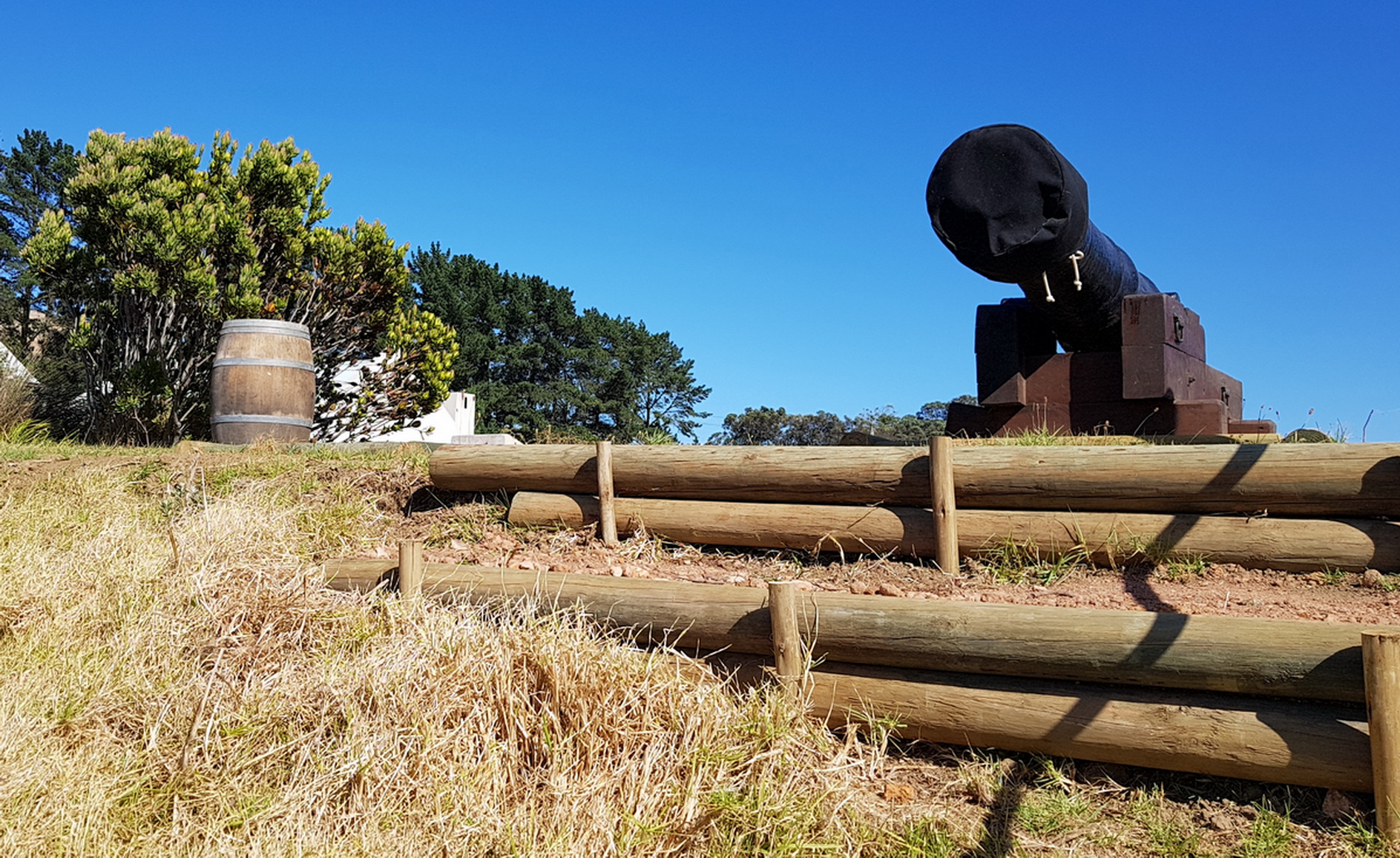